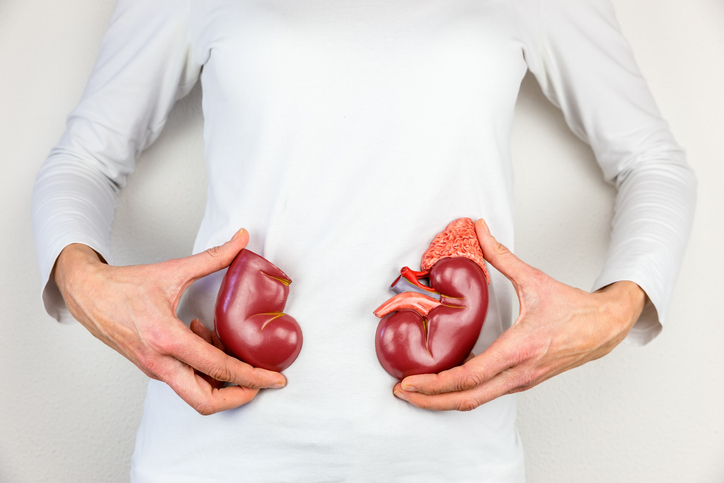 A kidney failure, irrespective of the type, is the last thing you would want to experience in 2021. But then, is there a good year for your failed kidneys! Certainly not!

Kidneys are extremely essential organs, residing at the posterior end of your body, precisely focussed on regulating electrolyte levels, blood pressure, and toxin build-up. While a kidney has several aligned functions, its role in excretion is what makes it such an important component of human anatomy.

Still, kidneys are bound to fail, just like any other organ of the body. That said, kidney failure, despite being a catastrophic health condition offers ample signs to be detected. If you are vigilant enough, you can detect, diagnose, and even prevent issues leading to kidney failure.

You simply do not wake up in the morning and get yourself a failed kidney. Instead, here are the reasons that pave the way for erratically functioning kidneys.

Each of the reasons inhibits the toxin filtering abilities of the kidneys, thereby overloading the system with urea and other toxins. As the kidney tries its best to filter out the waste matter, the inclement scenarios push the organs to the brink, ultimately leading to kidney failure.

As mentioned, kidney failure is anything but abrupt. This means you should always be on the lookout for the objective identifiers or signs to get yourself diagnosed, at the earliest. Here are some of the more underrated and subtle signs to be wary of:

In addition to these floating signs, you can even look for certain confirmed symptoms that might be subjective but give a far clearer picture regarding kidney failure or the possibility thereof:

If you are experiencing signs and symptoms comparable to the aforementioned ones, it’s time to get diagnosed.

Not that we have already enlisted the reasons and signs, it’s time to delve deeper into the reasons causing kidney failure.

In the subsequent sections, we shall take a look at a broader and more detailed perspective that stresses kidneys into submission and eventual failure:

As mentioned, an injury or trauma can restrict blood flow to the kidney, which eventually poisons and starts killing the surrounding tissues. If you are looking for additional insights, here are the causes to look for:

As the primary function of the kidneys is to flush out the toxins by sending them over to the bladder sac, issues pertaining to urine elimination can be a blow to normalcy. Some of the more common issues include:

Kidney failure isn’t a range-bound anomaly but an issue having several triggers, including:

Each of the mentioned conditions requires a separate discussion and we shall cover the same in other relevant articles.

As far as kidney-centric issues are concerned, the more simple perspective is acute vs. chronic kidney failure. Here is detailed segregation that sheds more light on the two broader facets:

The patient's condition starts aggravating when blood flow to the kidney is restricted. Subsequently, the body fails to release toxins, leading to infections and even sepsis. This Prerenal kidney failure can be treated once the reason for constricted blood flow is determined.

Any shock or trauma to the bean-shaped organs is what causes intrinsic failure. In certain cases, oxygen depletion can result in this type of kidney failure. Some of the reasons include toxin build-up, obstructed blood vessels, glomerulonephritis, and physical shock.

Chronic Prerenal failure is more of a slow-developing condition that restricts blood flow to the organs over a period of time. In most cases, the kidneys start shrinking and patients need to rely on dialysis.

Persistent urinary tract blockages are the main reasons for post-renal kidney failure, as the long-building pressure isn’t easy for the kidneys to sustain.

Despite the nature of kidney failure, the condition is segregated into 5 separate stages, with the Stage 1 being the most curable and Stage 5 being the severest of the lot, often resulting in dialysis.

Not that we have talked about the types of kidney failures with acute vs. chronic kidney failure being the focus of the discussion, it is necessary to talk about the most impactful diagnosing strategies. Therefore, if you see someone experiencing the signs and symptoms relevant to kidney failure, recommend these diagnostic strategies for accurate identification:

Treatment as Per Diagnosis

Once the type of kidney failure and the relevant stage are unearthed, it is necessary that the physician focuses on the treatment cycles. Here are the stage-independent treatment options to consider:

While this isn’t always the first line of treatment, it definitely is the most complicated and effective, provided a donor can be arranged. Doctors need to administer immunosuppressive drugs to manage transplants with ease.

More of a recurring treatment plan; this process involves flushing out toxins via a machine, thereby compensating for the erratic organ.

If the kidney failure is still in stages 1 and 2, limiting phosphorus, restricting protein, and balancing Potassium and sodium intake might help.

Can Kidney Failure be prevented?

Nobody expects the kidneys to fail. However, with a large chunk of the global populace already having experienced the same, limiting alcohol consumption, controlling diabetes, and taking water consumption seriously can help prevent chronic and even acute kidney failures.

However, if you are still ailing, consider a nephrologist at the earliest and take a look at our diverse range of OTC medications, as and when prescribed by the physician.

Let’s walk the path to improving your health, hand in hand.